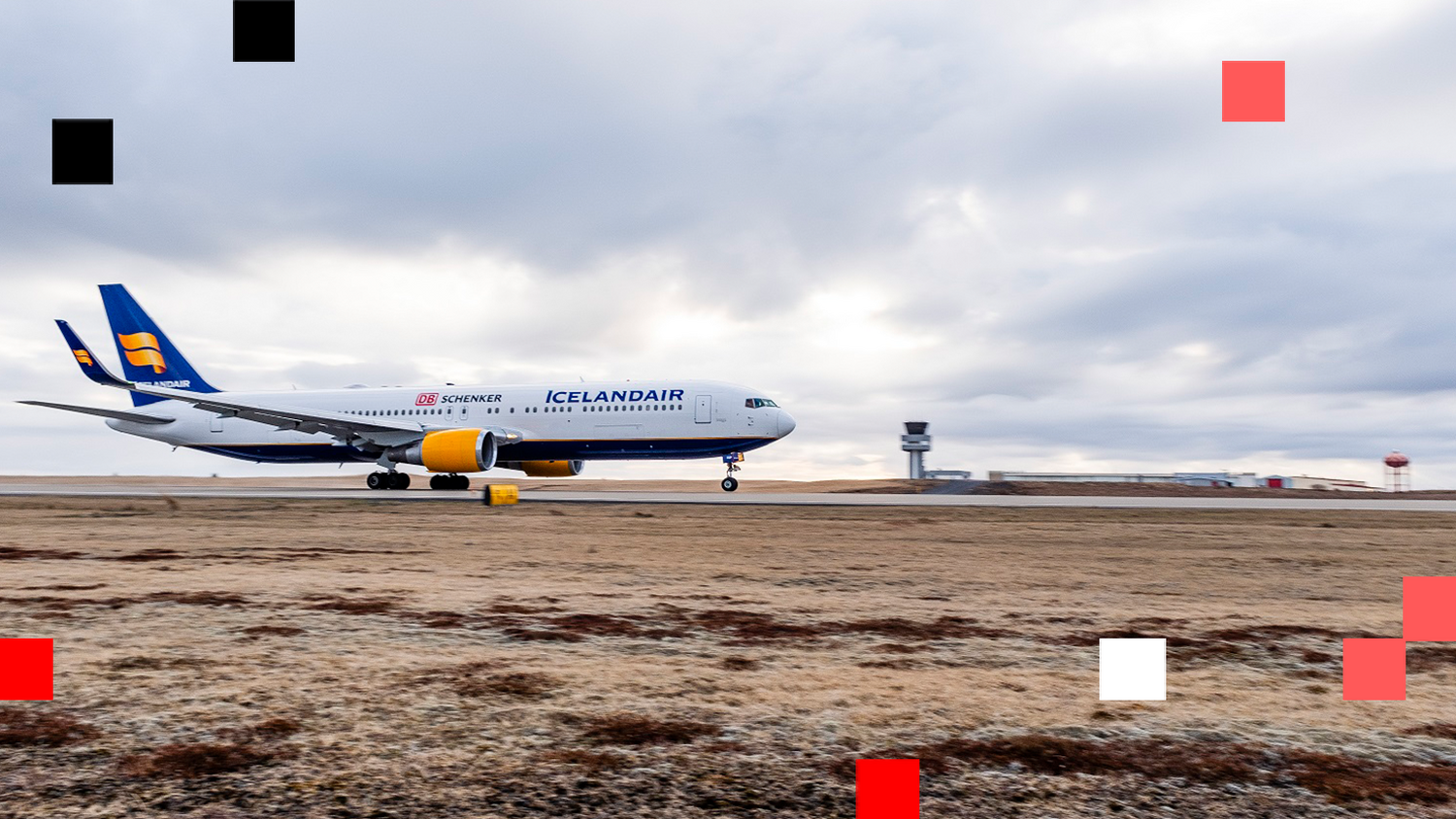 Extraordinary circumstances call for extraordinary ideas. DB Schenker has come up with a creative solution to ensure the supply of protective masks to hospitals and care facilities throughout Europe. Since air freight capacities have become scarce, but passenger aircraft are still standing idle on the ground, DB Schenker Flight Services chartered three Boeing 767s from Icelandair for pure freight transport.

The removal of passenger seats and the preparation of the interior for safe cargo transport has made headlines worldwide. What happened in the background, however, to ensure the smooth running of the project is no less spectacular.

The challenges for everyone involved were anything but trivial. The route Shanghai-Reykjavik-Munich and back was chosen for the flights and there was good reason for what seemed like a detour. Firstly, because the necessary crew changes had to be carried out in Reykjavik, then, on the return flight to the east, the prevailing winds could be used to accelerate the flights. Most importantly Icelandair in Munich has slots from Reykjavik, but not from Shanghai.

Creativity all along the line

While the idea of chartering unused PAX (passenger) aircraft was already creative, this new path demanded additional creativity. The creation of the AWBs from DB Schenker China and their transmission to DB Schenker in Munich was not the problem. That was routine and part of standard operations. However, Icelandair's standard messaging for these flights had to be changed because the ground handling agent in Munich had to be changed due to the flights being pure air freight loads. Icelandair chose Swissport as the handling agent. 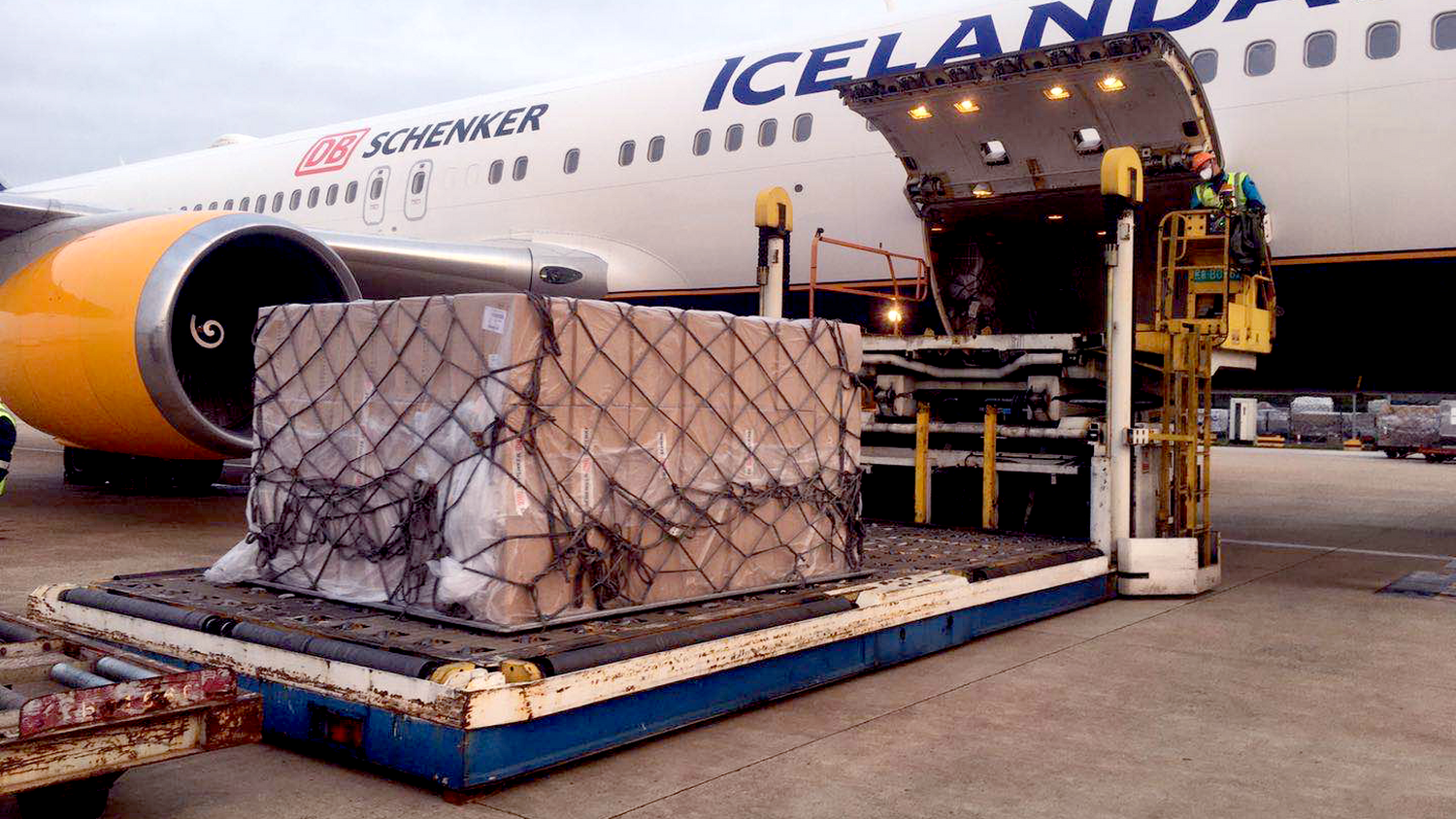 A Boeing 767 from Icelandair is loaded at Keflavík Airport.

DB Schenker, in its capacity as organizer, also had to ensure that the urgently needed freight did not get stuck in Icelandic customs because of the stopover. For transit handling, advance notifications had to be sent to Icelandic customs that the freight would not remain in the country but would be flown on immediately. This direct communication from carrier to customs was new and only became possible because an exemption for Covid-19 was applied to the supply of protective clothing.

Simultaneously, messages had to be sent to Swissport in Munich for the customs declaration in Germany. Since Icelandair is a PAX (passenger) carrier by default, DB Schenker could not use the classic Icelandair route of message transmission for these flights. As a long-standing partner also in airline messaging, DB Schenker entrusted Riege with the rerouting of messages for these flights.

Redirecting messages sounds trivial. But air freight traffic is not road traffic. And all participants had entered uncharted territory.

Ultimately, it was critical to get everything right so that all the measures taken during transport, customs clearance, unloading and distribution interlocked smoothly. This is the only way air freight can be what it wants to be: fast! And in this acute situation it could not be fast enough. 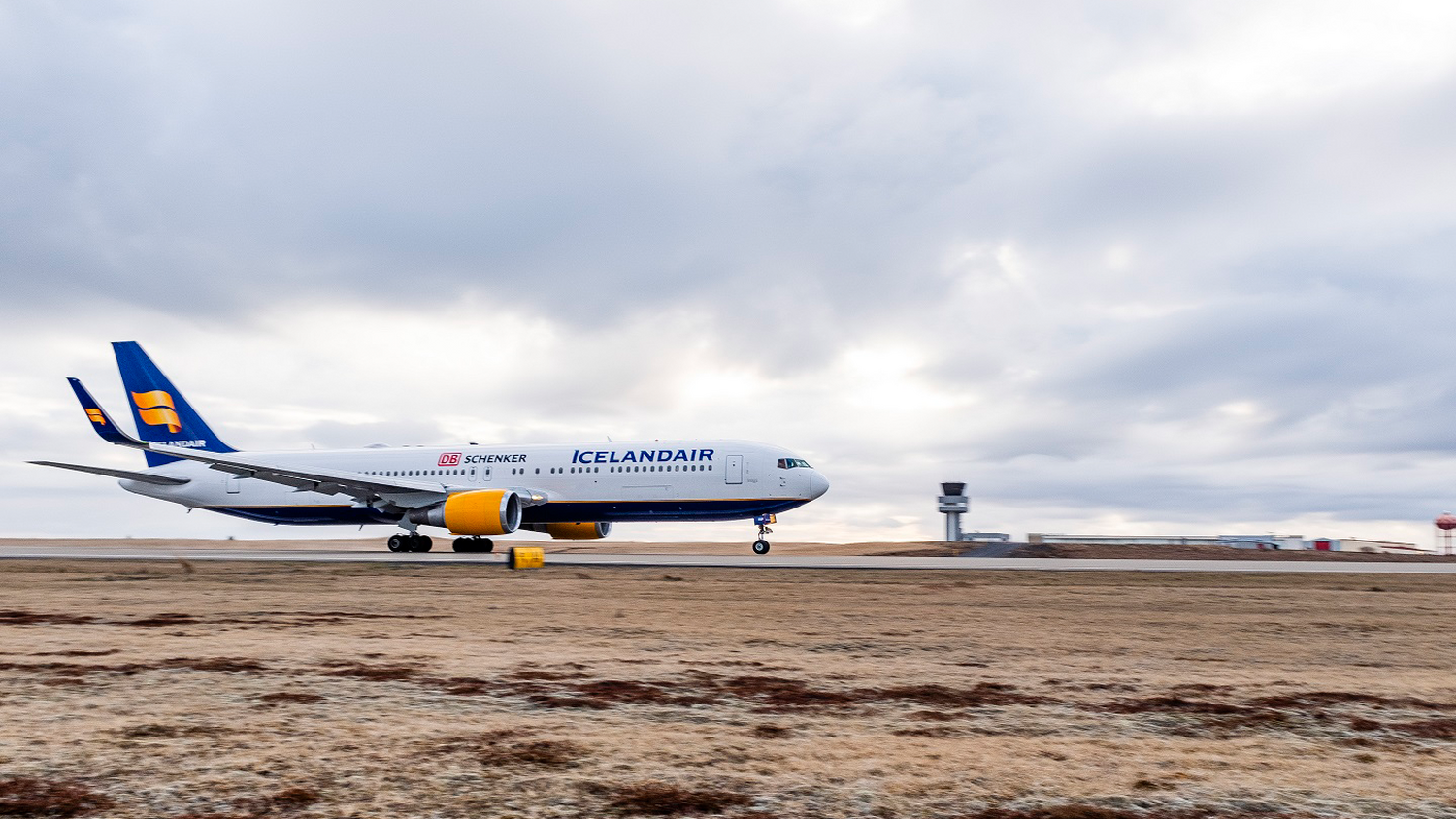 One of three Boeing 767 takes off from Keflavík Airport (KEF).

This is not normal

Riege contributed by using 2,000 AWB numbers to redirect messages for these shipments only. For all other Icelandair shipments, messaging had to continue as usual. For this reason the messages were sent exclusively via SITA. The normal route via the normal portals would have triggered the normal processes for passenger aircraft. This would mean the Ground Handling Agent, who normally handles the PAX flights for Icelandair, would have received the data instead of Swissport.

But this alternative approach has a side effect: Icelandair would not get any data for the pre-declaration at customs. To solve this, Riege had to create a second message for the transmission to customs in Iceland and Germany,  literally overnight. But everything worked out fine. A total of 45 flights are initially planned, each with between 20 and 30 tons of cargo, and all those involved are sure that the processes will continue to run smoothly until the last flight.

All together for each other

In this exemplary project, many hands have interlocked and helped many more. First and foremost, the medical and care facilities throughout Europe are supplied with a sufficient quantity of protective masks. Icelandair has the benefit of being able to at least partially compensate for the loss of income from passenger business. Swissport were able to prove themselves a reliable partner for special measures. For DB Schenker this was a successfully test of alternative transport models for exceptional situations. And Riege, whose expertise in messaging was enhanced by new abilities. So this prime example of logistical creativity is also a shining example of cross system, cross-border cooperation.